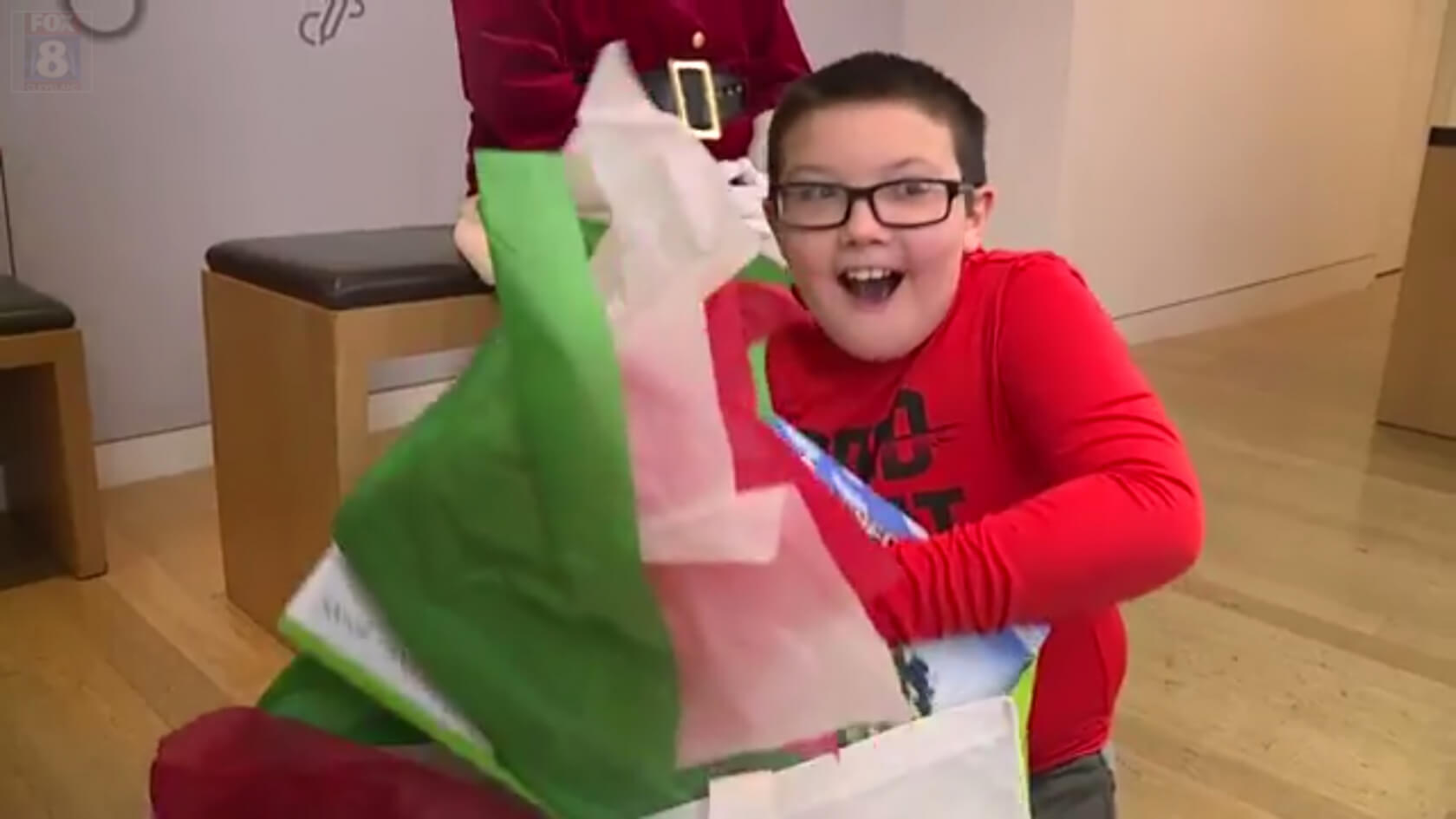 Often times, acts of kindness go unnoticed. But every once in a while, they are not only seen, but celebrated! We love this story from TechSpot about 9-year-old Mikah Frye who exchanged his Xbox One for 60 blankets to give to the homeless people in his community. We hope you do, too!

Tech companies aren’t known for their acts of kindness, but sometimes they surprise us with moments of uncharacteristic compassion. In what is the season of goodwill, Microsoft has given a 9-year-old boy a Christmas to remember after he gave up his Xbox One present to buy blankets for the homeless.

Earlier this month, Ashland County, Ohio resident Mikah Frye asked his grandmother what the homeless people wandering the streets did when it got cold. She said she didn’t know and asked if he wanted to give up one of his Christmas presents to buy a single blanket for someone less fortunate, but the boy decided instead to exchange his prized Xbox One (presumably an S) gift for more than 60 blankets.

Three years earlier, then six-year-old Mikah and his family found themselves in an emergency shelter for several weeks after financial problems saw them lose their home. The time he spent there had an impact. “He knew what it was like to not have a blanket at night and have to give it back,” said his grandmother, Terry Brant. “So the first thing he wanted to do is give a blanket that they could keep.”

When Microsoft heard about Mikah’s selflessness, they got in touch and arranged for him to collect a brand-new Xbox One S from his local Microsoft Store. When he arrived, employees took him to the back to see Santa. Mikah was presented with two bags of gifts along with the console, all of which brought him to tears.

The same shelter that aided Mikah’s family is now distributing the blankets he donated, each with a special note from the boy himself. “It’s just amazing, it’s a blessing, Mikah is a blessing to our family and we thank you very much,” said Brant.