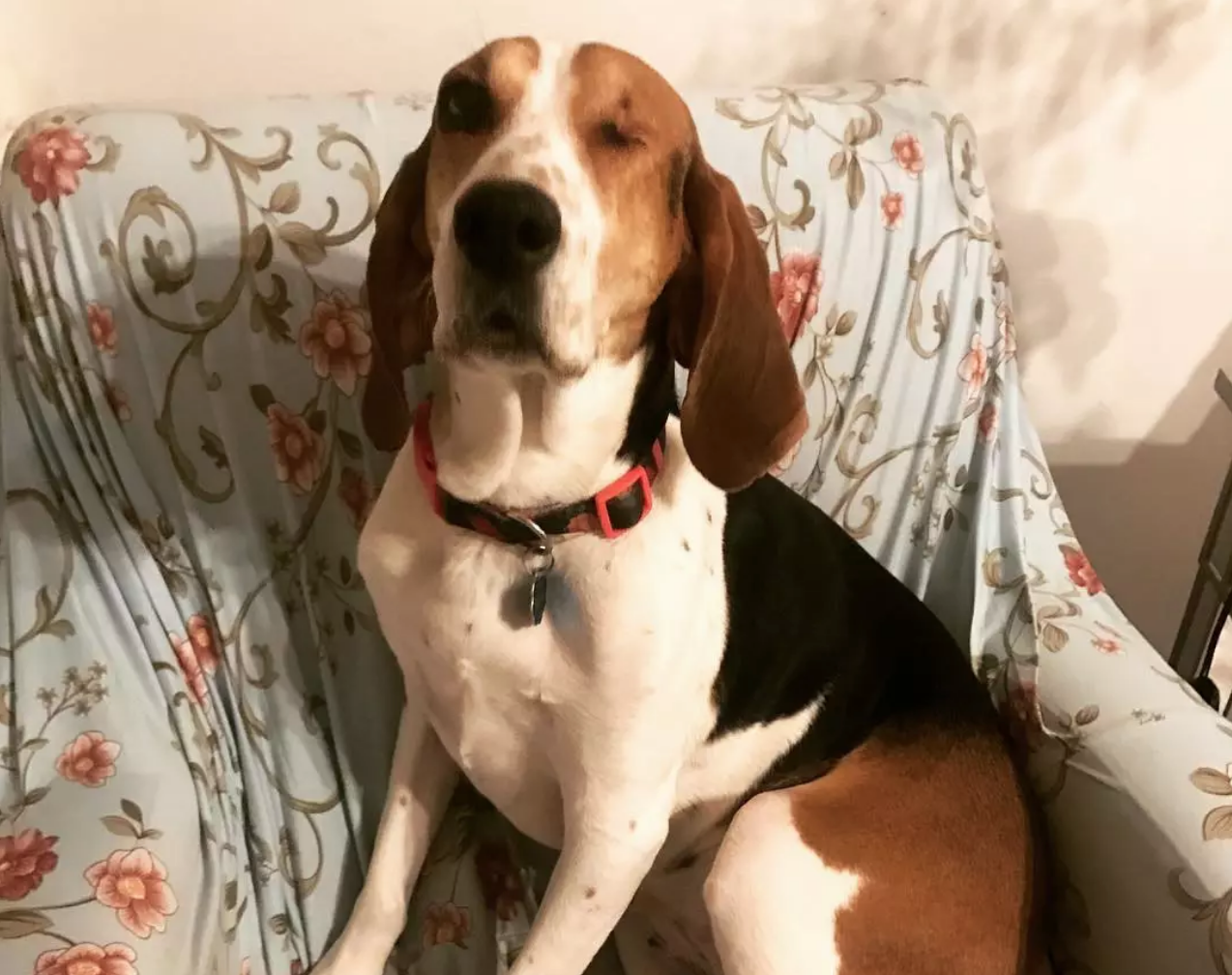 When her rescue dog wouldn’t stop obsessing over a spot on her face, she decided to get it checked out by a doctor. When she found out it was cancer, she realized that her dog saved her life.

Two years ago, Lauren Gauthier saved a hound pup’s life by rescuing her from an animal shelter filled with hunting dogs abandoned by their owners. Imagine her surprise when, months later, Victoria the hound returned the favor, putting her keen nose to use and sniffing out skin cancer that Lauren had assumed was a pimple or a clogged pore on her right nostril.

“Whenever I’d sit down on the couch, she’d cuddle next to me and start sniffing that little spot on my nose, then she’d sit and stare at me,” says Lauren, 42, an attorney from East Amherst, New York.

“When the spot went away, Victoria kept sniffing,” she tells PEOPLE, “and I thought, ‘Why do you keep putting your wet nose in my face?’ It was so odd that I finally decided, ‘OK, since she’s being so persistent, I’ll go get it checked it out.’ “

Lauren was shocked when a biopsy last summer revealed that she had basal cell carcinoma, a skin cancer that accounts for about 32 percent of all cancers globally. She believes that regularly using tanning beds as a teenager could be the reason she developed skin cancer.

Unchecked, that irritating little bump on her nose could have spread through all of her nasal tissue and then other portions of her face, requiring invasive surgery and causing disfigurement, even death.

“I’m so grateful to Victoria — as you can imagine, she’s received lot of treats and hugs,” says Lauren, who was left with minor scarring after the cancer was removed, but is relieved that it wasn’t worse.

“I always knew that hounds had an amazing sense of smell, but I never dreamed that it would have such a huge effect on me personally,” she says. “I might not have gone to a doctor until it was too late, if it wasn’t for my dog’s persistence.”

Lauren, who is devoted to saving abandoned hunting dogs as the founder of Magic’s Mission Beagle and Hound Rescue, Inc., brought Victoria home in October 2016 to join her and her husband, Ben Chatman, and their beagle named Lily.

“I saw Victoria in a shelter in South Carolina and immediately wanted to foster her,” she tells PEOPLE. “Sadly, in South Carolina, it’s legal to abandon hunting dogs, so we spend a lot of time rescuing hounds down there and trying to get that state provision changed.”

“These dogs are devoted to their owners and are affectionate and tolerant,” she adds, “and it’s appalling how many of them are tossed aside once hunting season is over. They deserve much better treatment.”

Can’t get enough of cats, dogs and other furry friends? Click here to get the cutest pet news and photos delivered directly to your inbox.

Her own healthy outcome after a brush with cancer is proof enough, says Lauren, that a hound’s keen sense of smell can come in handy long after hunting season.

“Victoria saved my life and my face,” she says, “and she’s earned a lifetime of love and praise. I’d like to tell everyone to pay close attention if your own dog starts to act in a similar way. Your dog might know something that you don’t, so don’t brush their unusual behavior aside. Go get it checked out. I’m sure glad that I did.”