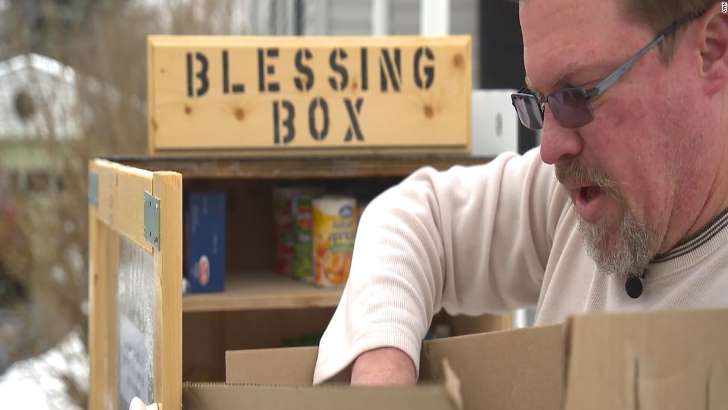 Kindness is contagious. CNN shares the story of Roman Espinoza, an Army veteran from Watertown, New York, who decided to put up a miniature food pantry on his lawn. Little did he know, his town would take notice of his “blessing box”—and put up 20 more for those in need.

This summer, Roman Espinoza put up what he called a “blessing box” on his lawn.

It was a miniature food pantry, modeled after Little Free Libraries, those boxes full of books people in people’s front yards that others can borrow.

What Espinoza, a 46-year-old Army veteran, hoped to do was alleviate the problem of hunger in his community.

What his small gesture ended up doing is reveal a town’s big heart.

Today, his town — Watertown, New York — boasts more than 20 of these boxes.

Since the story about the first box was published last July, Espinoza has seen more and more interest and support for his mission. The boxes are open around the clock for those who leave items and those who need to take them.

The local Home Depot, where Espinoza bought the lumber for his first box, agreed to provide the wood for all the subsequent boxes.

“We’ve helped cut a couple of the boxes’ sizes and all that and we get the product ready for Roman whenever he needs it. So it’s been a great partnership up to this point,” said Chris Bosco, the general manager for the store.

Home Depot hasn’t been the only business to help out. Barilla, the pasta company has donated noodles — a perfect food item for the boxes. A local contractor got involved by donating some of the roofing material that keep the boxes dry. A nearby credit union has donated utensil packets. 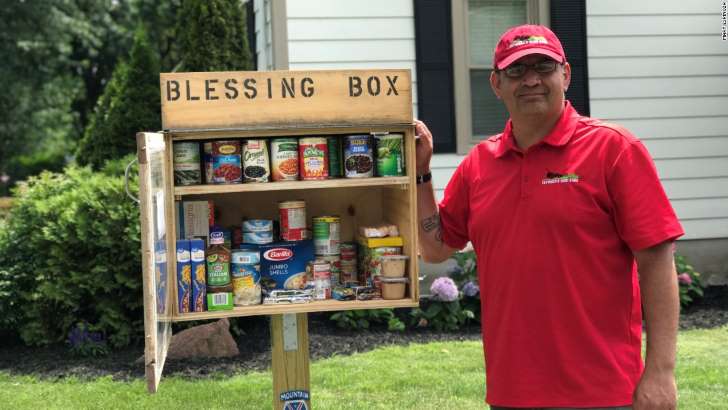 Roman Espinoza stands beside his “Blessing Box,” which allows residents of Watertown, NY to donate and take food as needed. (Photo Source: msn.com)

More and more have reached out

That’s not all. Watertown residents have been reaching out to Espinoza to make boxes for their yards.

Chris Damm, who got his own box two months ago, saw the project as a way to engage with his neighbors.

“We just recently moved in this summer. … I came home, explained to my wife that I wanted to do something charitable for the neighborhood,” said Damm.

Despite being up for only a few months, the box is already helping out his neighbors. 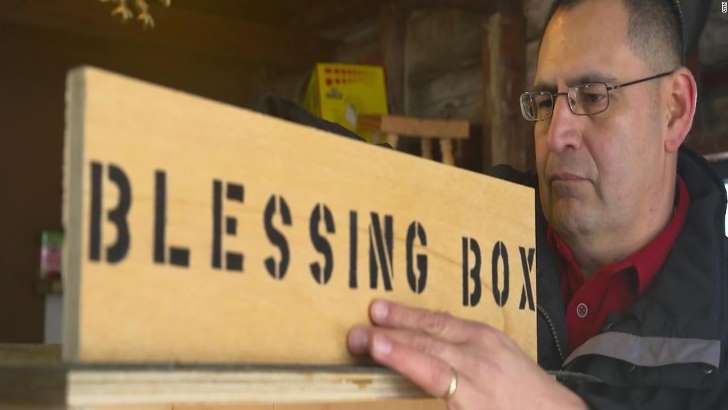 “We usually fill the box up about once a week,” Damm told CNN.

A small act, a huge difference

At the heart of the blessing box program is the idea that small acts of generosity can make a huge difference, especially when done anonymously.

“All you do is you drive into a blessing box. You get out of your car. You walk up. You take the items that you need out of it, and then you drive away,” Espinoza said.

“You don’t pay anything. We don’t want any money.”

Looking ahead, Espinoza hopes to keep expanding the number of boxes.

“But we’ve gotten more than 20 now and It would be nice to see the numbers double.”