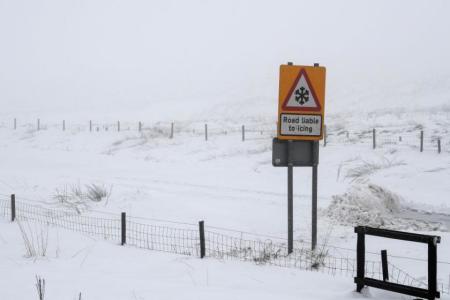 How far would you walk in the snow to save a life? For this surgeon in Scotland, it was 3 miles. We love this inspiring story from TheWeek.com

A heavy snowstorm that brought much of Scotland to a standstill last week couldn’t stop one surgeon from doing her job. After waking at her snow-covered Glasgow home, Lindsey Chisholm realized she couldn’t drive to her hospital in Paisley 8 miles away, where she was scheduled to operate on a colon cancer patient, Britain’s The Times reports. So Chisholm put on her winter gear and trudged through the snow for nearly three hours.

“I had the right equipment, I knew there was no avalanche risk, I was not going to get lost, there were places I could stop on the way if the weather did become absolutely terrible so I just didn’t think anything of it,” Chisholm told BBC. When she walked in, her patient, Iain McAndrew, was overjoyed. “My heart took a wee jump,” he said. “If there is a real-life superwoman, she is it.” Christina Colizza