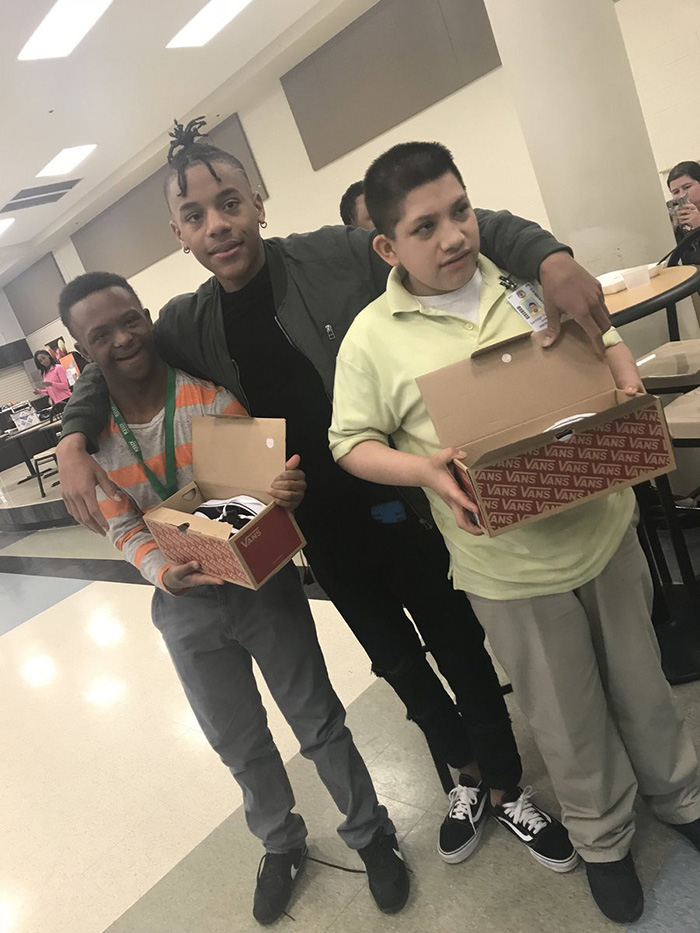 We love this story from SunnySkyz.com about how Roderick Mathis, a high school senior from Lancaster, Texas, made a promise to two special needs classmates. The promise? Mathis purchased them matching shoes—and their reactions are priceless.

“They told me they liked my shoes, and I promised them I’ll get them some so I did,” Roderick Mathis said.

Mathis posted the video on Twitter where it has been watched more than 3 million times.

Watch the video below.

They told me they liked my shoes ,and I promise them I’ll get them some so I did ?❤️ pic.twitter.com/A0TV8B63ht