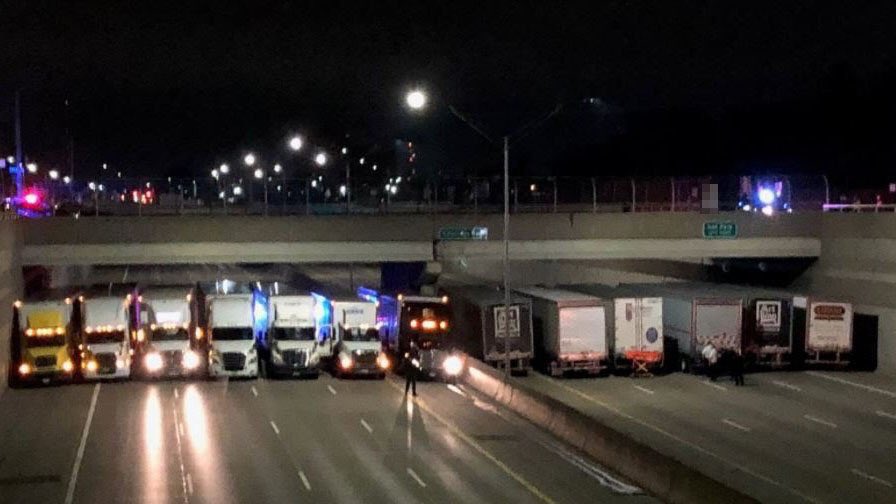 Thirteen truck drivers collaborated with the Michigan police to help prevent a man from jumping off of a highway overpass, proving that everyday people can save lives.

A group of 13 truck drivers teamed up with the Michigan State Police for a creative maneuver that helped save a man threatening to jump off a highway overpass.

The police closed the I-696 freeway in the Detroit area in both directions at 1 a.m. on Tuesday and had 13 volunteer truckers in 18-wheelers line up under the overpass after a despondent man told police he was going to jump.

The trucks formed a wall between the overpass and the ground to shorten the fall if the man jumped.

The man was eventually convinced to step away from the edge and taken to a hospital, police said. He wasn’t identified.

A trucker named Chris Harrison claimed on the Facebook page “Twisted Truckers” that he was one of the drivers in the formation. He noted members of the state police went to every rig and shook each driver’s hands after the man had been taken to safety.

If you or a loved one is experiencing distress and/or depression, call the National Suicide Prevention Lifeline immediately at 1-800-273-8255, available 24 hours a day.